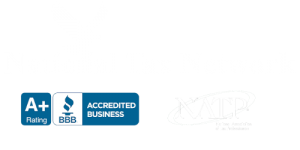 Only an Attorney can Represent You. Avoid Penalties & Prosecution. Disclose Offshore Foreign Banking w/OVDP (formerly OVDI) and Get Compliant Today!

or request a call

Like the 30,000 offshore account owners who came forward under the first two initiatives, those seeking leniency won’t get IRS approval if federal investigators have already started probing the applicants’ accounts. And like the earlier programs, those approved won’t face criminal prosecution.

Because this 2012 OVDP can potentially be recalled at any time, we encourage those with overseas income and unreported assets to get represented immediately!

If you have unreported foreign assets, we can represent your interests and help you come forward to avoid criminal prosecution. The IRS is looking favorably upon those who voluntarily report their overseas banking activity, and have encouraged those hiding assets to come clean or face severe penalties.

Ways we can help with OVDP (offshore voluntary disclosure program)

The original FBAR created the Bank Secrecy Act, which gave the Department of Treasury authority to establish record keeping and filing requirements for U.S. persons with financial interests in or signature authority or other authority over financial accounts maintained with financial institutions in foreign countries.

This provision of the law requires that a Form TD F 90-22.1, Report of Foreign Bank and Financial Accounts (FBAR), be filed if the aggregate balances of such foreign accounts exceed $10,000 at any time during the year. This form is used as part of the IRS’ enforcement initiative against abusive offshore transactions and attempts by U.S. persons to avoid taxes by hiding money offshore. This includes any interest a US person has in:

As this may be the last opportunity for taxpayers to resolve unreported foreign income issues without criminal prosecution, we recommend that taxpayers in this situation act immediately and seek assistance from an IRS debt tax attorney.

Whats the next step?

The first step towards successful resolution is to acknowledge that your tax debt and offshore banking issue won’t go away on their own and to seek professional assistance. Our firm of tax professionals has helped thousands of individuals and businesses just like you stop forced collections and finally resolve their tax debt.